Getting Up To Speed: Insurance And The Electric Car 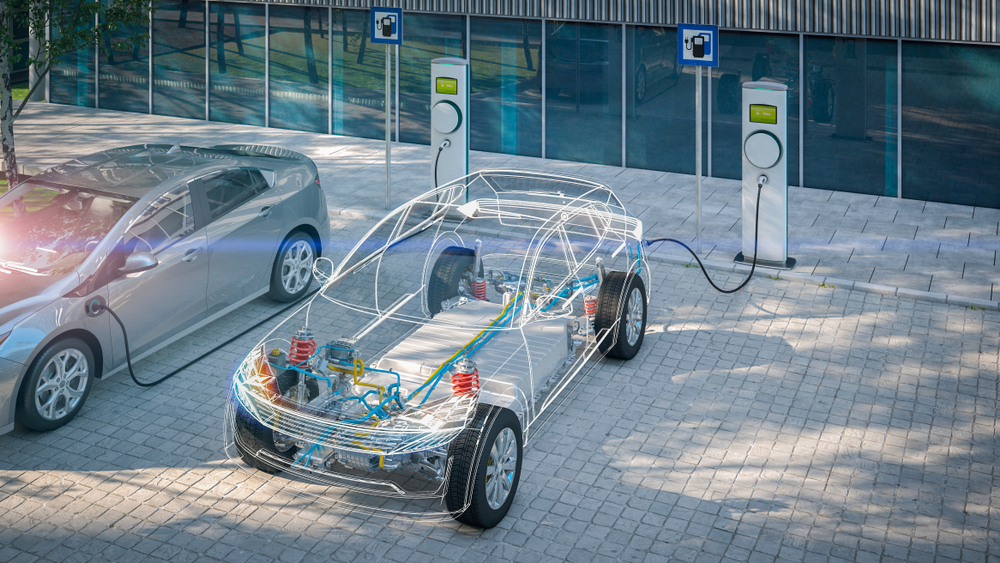 The pace of impact which technology has had on our lives has quickened considerably in recent decades.

It should, therefore, perhaps come as no surprise that the same sense of acceleration increasingly applies to how we get about.

Although the first production electric car rolled out of a London factory in 1884, it hasn’t been until his century that battery-powered vehicles have firmly left the realm of science fiction behind and merged with modern day traffic flows.

The degree to which electric and hybrid cars have gone mainstream can be easily seen by a quick glance at the monthly sales data published by the Society of Motor Manufacturers and Traders (SMMT).

In fact, although more petrol and diesel cars roll off garage forecourts than any other type of vehicle, the picture is changing quickly and considerably.

Battery-powered cars and the plug-in, full or mild hybrids made up 46 per cent of all the vehicles sold in the UK. BEVs actually generated more than 10 per cent of sales on their own.

Momentum has certainly been helped by the likes of Mercedes setting out plans to be an all-electric car maker by the end of the current decade.

Naturally, a growth in electric sales has been mirrored in terms of the caseload dealt with by insurers and brokers like ourselves at Broadway

We have seen a greater proportion of drivers opting for those electric vehicles produced by the likes of Audi or Tesla rather than models sold by the full range of manufacturers but, even so, they still take up about 10 per cent of our motor insurance work.

What’s more noticeable is how that work has grown over the course of the last 12 months and how electric cars are now a more routine consideration for many drivers when it comes to replacing or upgrading the family fleet.

However, the insurance industry is far longer established than these emerging automotive technologies.

The process of reconciling the two has, I suppose, spluttered to begin with.

Whilst an electric car might perform on the road like one powered by an internal combustion engine, the construction and maintenance costs are radically different.

With repair facilities still relatively limited in number, damage to certain parts of an electric vehicle – in particular, the all-important battery or powerpack – can result in them being effectively written off for insurance purposes.

That is one reason some full-service insurers, which offer premiums for many different things, have quoted significantly higher prices to drivers of electric vehicles than those of older, more established road-going contraptions.

Any tension is not just all about damage, though.

Insurers generally require more expensive vehicles to be fitted with robust tracking devices but such is the degree of sophisticated engineering which goes into making electric cars that you can’t simply tinker with the wiring.

There are, of course, motor insurance specialists who have been quicker off the mark in recognising the challenges and opportunities presented by the driving public’s appetite for all things battery-powered.

I should point out that it would perhaps seem a little unfair to criticise insurers without adding some context.

Until the last couple of years, electric cars were possibly regarded by some as a fad which might not necessarily catch on.

Only with more of these vehicles being made – and by major motoring marques – do they have substantial enough experience of dealing with BEVs to generate the necessary loss data and reflect that information in terms of the policies which they offer.

That maturity of insight has appeared in another way too.

The Association of British Insurers (ABI) has issued a Climate Change Roadmap, developed by 10 of its member firms, which includes the proposal to replace written-off petrol or diesel cars with electric ones.

It is a bold suggestion to help meet the Government’s Net Zero carbon emissions target and one which would need significant central funding.

Such a development, if approved, would provide a further spur to sales of electric vehicles and, as a result, increase the amount of material which the ABI’s members have to rely on for their policies.

I would argue that adequate breadth of policy provision and fair pricing shouldn’t have to wait until then.

Brokers also need to play their part in securing the cover which their clients need and not simply shrug their shoulders when confronted with the first eye-watering quote which is put their way.

If arguably the biggest transition in motoring since the days of Messrs Daimler and Benz is not to stall, it needs all involved to be willing and able to understand that electric is very much here to stay.

For the time being, at least, there is also a role for the motorist as well.

As in Broadway’s experience of handling specialist or sports cars – something which my colleague Eleanor Moore has written about only recently – we would recommend consulting a broker before buying the electric car of your dreams.

Any regular readers of our ‘blogs will be familiar with our noting that insurance should always be more about addressing risk than price.

However, just like the batteries which power the growing electric fleet, you wouldn’t want to be over-charged, would you?