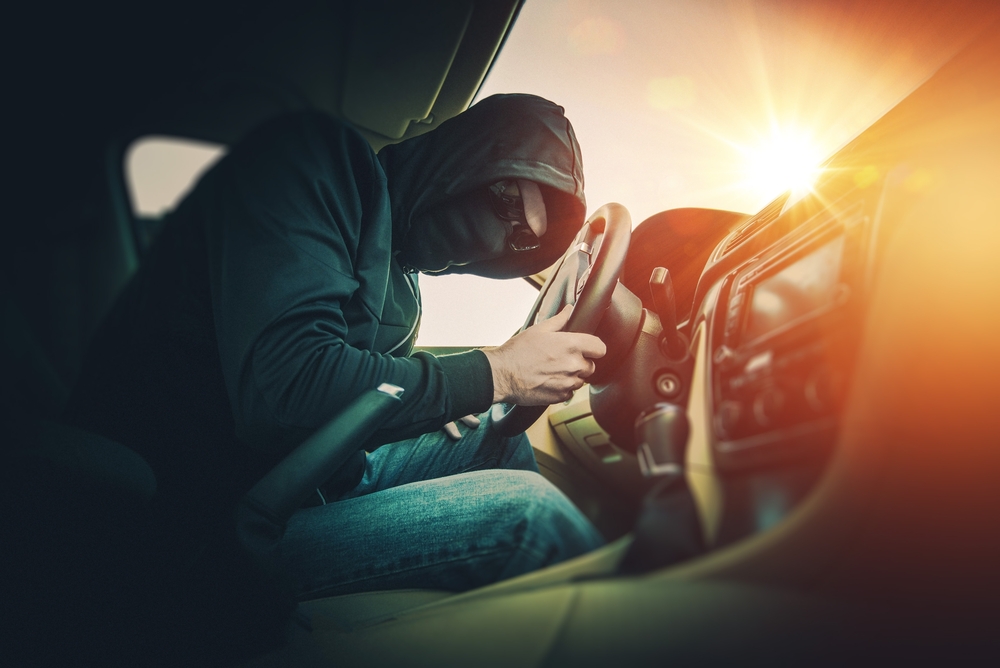 No matter where we’re driving, we see them.

To fans, they’re known as SUV’s or four-by-fours. To their critics, they’re referred to almost dismissively as ‘Chelsea Tractors’.

Yet no matter whether we love or loathe them, large vehicles are arguably a more regular feature on our roads than ever before.

Some of the most recent figures available show that SUVs accounted for one-fifth of all car sales in the UK in 2018 – a rise of almost 15 per cent in less than a decade.

Sadly, they’re not just appealing to motorists but to criminals too.

One recent study highlighted how several of the best-selling models were among the most frequently stolen vehicles across the country.

Further data – this time from the Office for National Statistics (ONS) – has made clear just how much of a rising problem theft of these and other vehicles has become.

In the 12 months to March last year, 12 per cent of all burglaries in England and Wales in involved the theft of cars or car parts – double the figure for 2010.

The theft of car keys was also nearly three times the number of such crimes committed only five years before.

Naturally, such incidence has an impact on the availability and price of insurance. 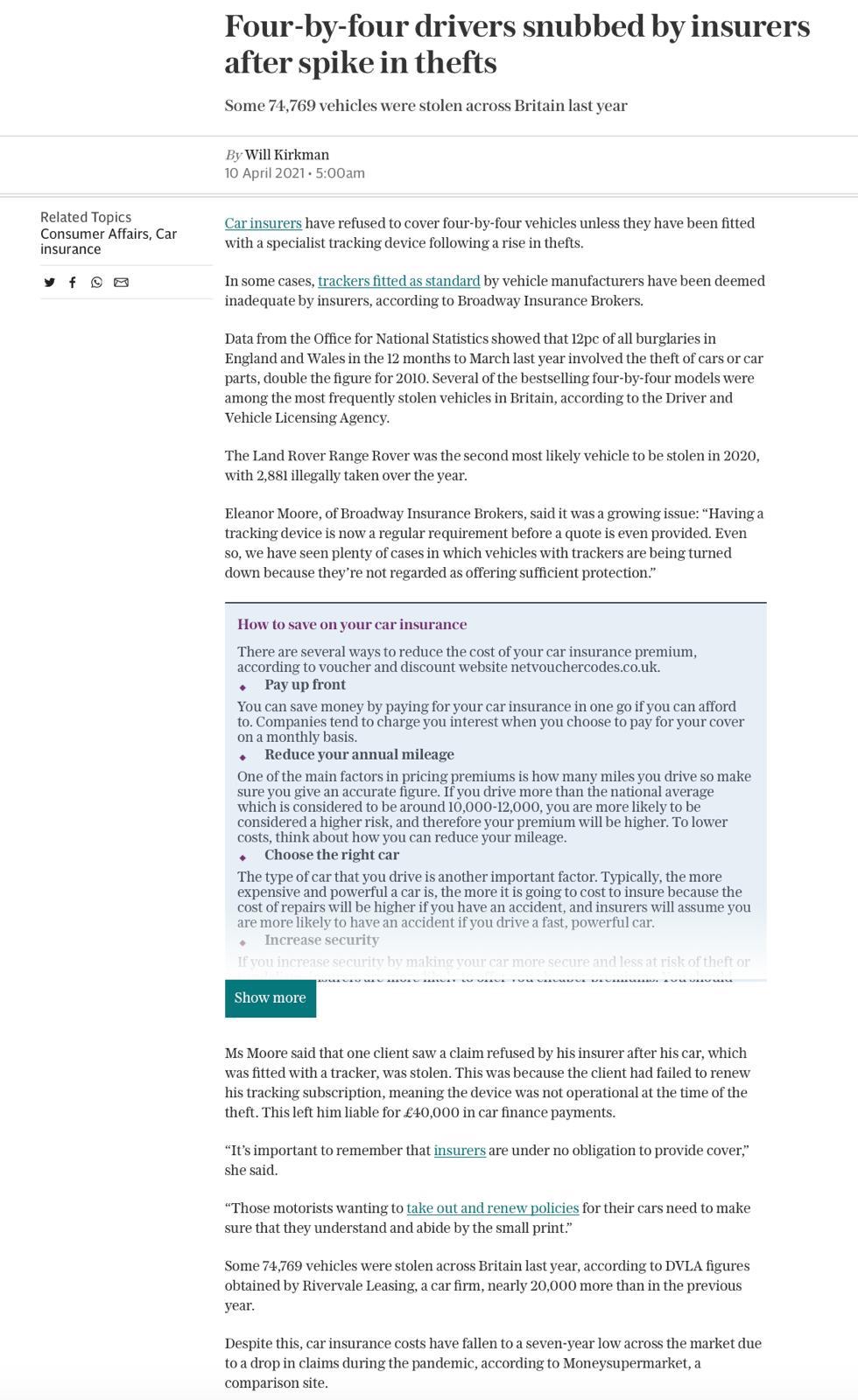 As I’ve been telling the Daily Telegraph, some insurers have even started to refuse to provide cover for SUVs if they are not fitted with
acceptable, fully operational tracking devices.

The situation is being compounded by something of a postcode lottery, with location and vehicle value also influencing whether a driver can get insurance with some providers or not.

Although those eager to head out on or even off the road with their purchases may be inclined to criticise insurers, it’s worth pointing out that motorists need to recognise that they also have a part to play.

When taking out any policy, it’s essential to read the small print and not just the bottom line which states how much it costs.

There are important provisions referring to how and how far a vehicle is driven, how it’s kept and what security measures need to be fitted and working in order for claims to be paid out in the event of a theft.

It’s not sufficient to simply have a tracker in place. They need to be functioning, with any relevant subscriptions up-to-date and meet insurers’ criteria.

Such cars may look big and imposing on the road but the failure to observe the fine detail of policies could mean even bigger and more costly headaches for those who drive them if criminals come to call.